10 Years with Hayao Miyazaki is an intimate look at Miyazaki’s process, and it’s free online

The TV documentary 10 Years with Hayao Miyazaki, which originally aired on NHK in Japan, is now available to watch for free on NHK’s website. Split into four segments that each run just under an hour, the documentary series is directed by Kaku Arakawa, who gained access to the director and Studio Ghibli under the condition that only one person (Arakawa himself) would be allowed to film and conduct interviews.

The result is an intimate look at the director’s process and history, spanning the production of Tales from Earthsea, Ponyo, From Up on Poppy Hill, and The Wind Rises. Each episode focuses on a different aspect of Miyazaki’s life, some broad (how he works) and some more specific (the production of The Wind Rises). Together, they add up to a portrait of a filmmaker that captures not only his genius, but also his pricklier side.

Here are the most striking things we learned from watching the documentary. 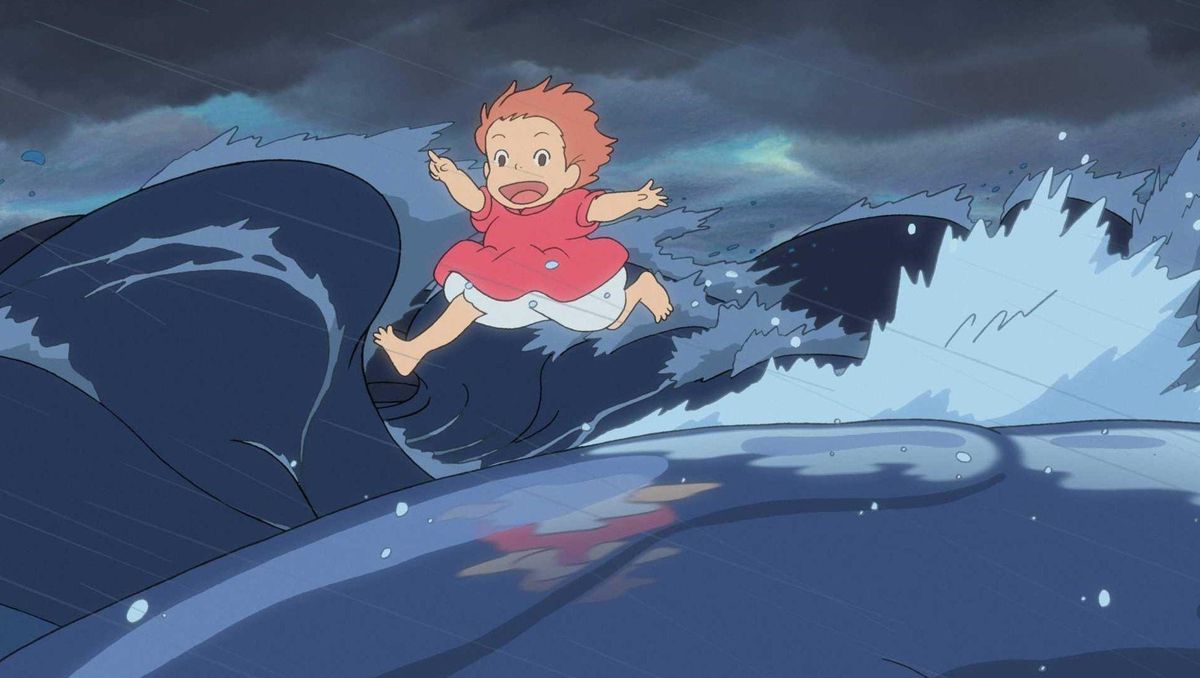 The first episode of the documentary is the most informative about Miyazaki’s general process and day-to-day activities as he begins work on Ponyo. He’s introduced driving to his private studio in his Citroen 2CV, and Arakawa explains that he arrives at 10 a.m. every day, opening up every room and saying, “Good morning” to the empty rooms. (Miyazaki, when prompted, says he’s greeting “the residents.”) He also puts a bench outside the studio every day as a “trap” for people-watching, luring people to come sit and be observed.

Rather than starting with a screenplay, Miyazaki starts with a single image, then builds an image board and storyboards as he goes, to create “the ultimate entertaining picture.” As he’s gotten older, his daily page output has lessened and he’s been forced to use softer lead pencils, but his work ethic is, if anything, only getting stronger. Toward the end of preparing for the film, he goes into isolation, and grows noticeably irritated at being followed around by a camera. “I want to stay grumpy,” he says. “That’s who I am.”

An interview with producer and Ghibli co-founder Toshio Suzuki at the end of the episode also reveals a key point. “Nothing Miyazaki made could ever top Totoro,” Suzuki says, referring to the now-iconic monster. “This became an obsession. Totoro became Miyazaki’s enemy.” 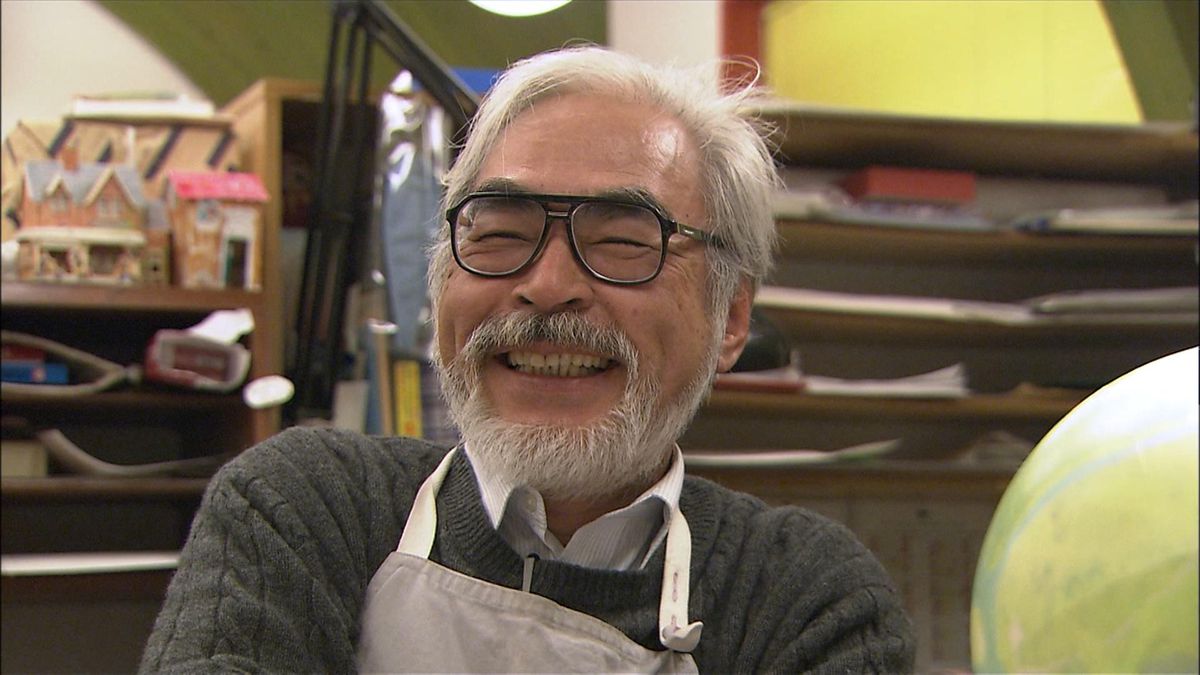 The second episode delves into the work that occurs once Studio Ghibli opens and animators begin work on the film. Five seconds of footage take a week to complete, given how time-consuming hand-drawn animation is, and if an animator’s work doesn’t meet with Miyazaki’s approval, he redraws it himself.

Arakawa uses the story of Ponyo to start revealing a little about Miyazaki’s personal life, noting that his mother fell ill when he was young, and became unable to really interact with her children. The character of Toki is based on his mother, as are the sick mother Yasuku in My Neighbor Totoro, and the fierce sky-pirate Dola in Castle in the Sky. Arakawa also describes Miyazaki’s childhood health problems, which caused a doctor to predict he wouldn’t live past 10 years old, and made him feel like an outcast until he discovered his talent for drawing and animation.

As the film details Miyazaki’s ascendance in the world of animation, it also reveals an initial idea for Princess Mononoke which, far from being the story we know now, was about a big mountain cat that falls in love with a human princess.

This episode also shows Miyazaki to be a fan of five-toe socks, as he’s seen wearing them (here as well as in other episodes) with his sandals. 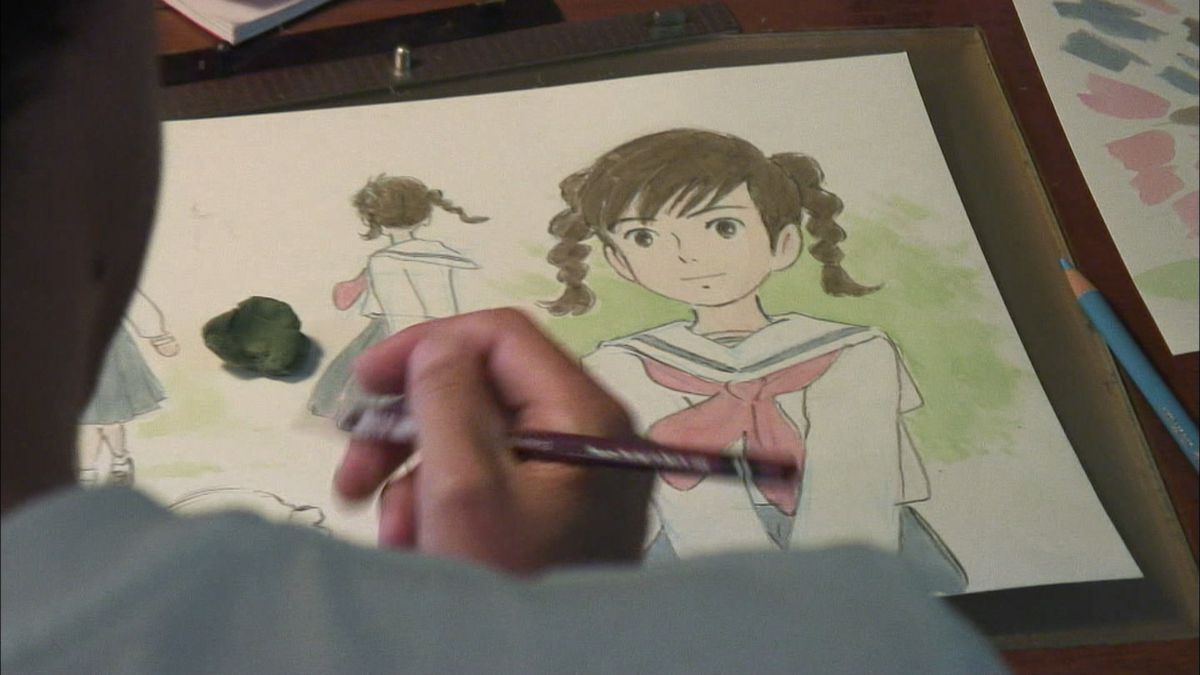 The title of the third episode comes from Miyazaki’s reaction after seeing his son Gorō’s second feature, From Up on Poppy Hill. As he walks after the screening, he tells Arakawa, “Go ahead, threaten me” in response to being asked what he thought of it. The words are a message to Gorō, acknowledging that his work might finally be on par with his father’s.

The whole episode focuses on the relationship between Miyazaki and his son, which, in the brief instances in which they’re seen interacting in the first two episodes, seems just as fraught as past reporting and rumors have suggested. During a screening of Gorō’s Tales from Earthsea in the first episode, Miyazaki walks out to take a smoke break, saying, “You shouldn’t make a picture based on your emotions.”

Miyazaki is painted as a mostly absent father due to the demands of his animation work. He seems cognizant of that — as he reflects on how little he was home while Goro was growing up, he says, “I owe that little boy an apology.” But he’s also brusque in how he deals with Gorō. Gorō hides storyboards from him to prevent him from commenting on them and changing them, and Miyazaki interacts with everybody but Gorō when he visits the studio.

Goro initially went into consulting for construction as a way of escaping his father’s shadow, but ended up being drawn back into animation when Suzuki asked him to oversee construction for the Ghibli Museum. After that, Suzuki suggested Gorō direct Tales from Earthsea, which he did in spite of his father’s objections. Besides walking out of the screening, Miyazaki is also seen saying that watching Tales from Earthsea feels like proof that Goro hasn’t yet grown up, and, later, saying that maybe Goro ought to give up on directing. Miyazaki’s reaction to From Up on Poppy Hill seems to be favorable, however, despite its strong wording. 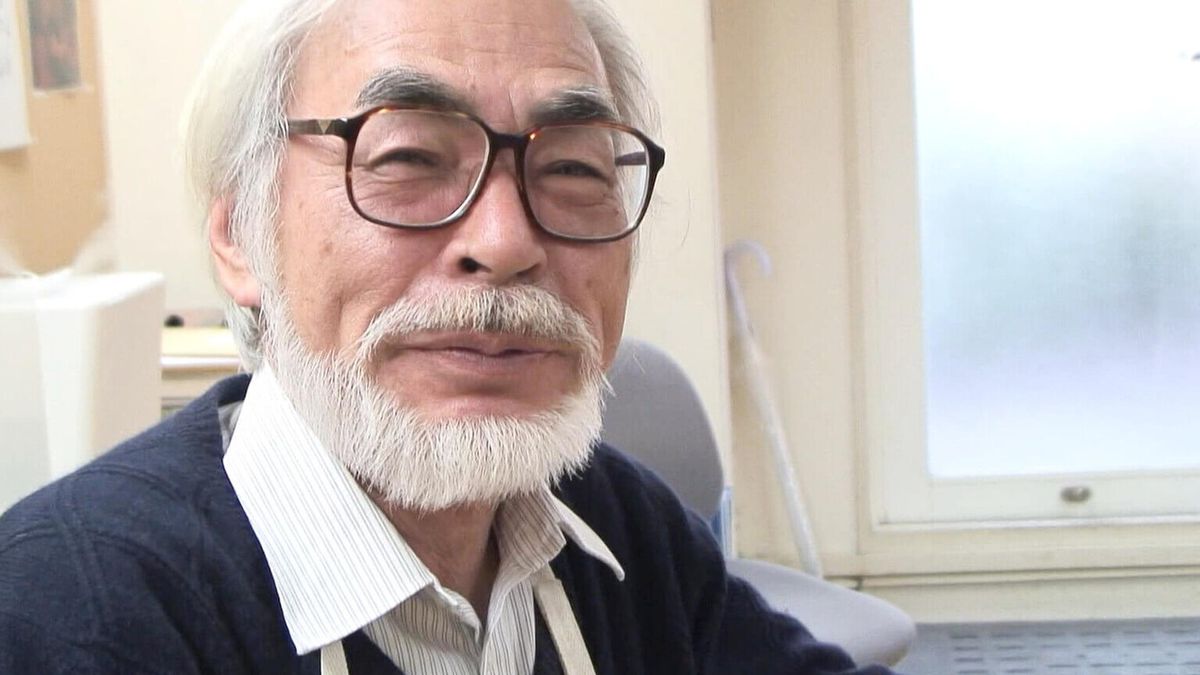 The fourth episode, in which Miyazaki gets caught up in the production of The Wind Rises, mostly focuses on the struggle of making the film, which deals with war, and Miyazaki’s legacy. At the beginning of the episode, Suzuki expresses his reservations about Ponyo, saying the movie feels a bit “been there, done that,” and hoping Miyazaki isn’t running out of steam. Miyazaki also feels uncertainty about what to work on next, countering his wife’s suggestion to make “something like Totoro” with, “But we already made Totoro.”

The idea to make The Wind Rises is Suzuki’s, as he suggests Miyazaki should turn his manga about aviation engineer Jiro Horikoshi into a movie. The problem there is to ensure that the movie doesn’t glorify war, and capture just why Horikoshi wanted to make planes, all while Japan undergoes a crisis due to a major earthquake.

One of the funnier parts of the episode involves casting Horikoshi’s voice — at a meeting, Hideaki Anno, the creator of Neon Genesis Evangelion, is suggested, and he’s soon brought in, tested, and cast for the part. Miyazaki spends the following time walking through Studio Ghibli, excitedly informing everyone of the decision.

In spite of the trepidation with which production on The Wind Rises begins, the process ultimately ends happily. At the end of the first screening, Miyazaki says, “For the first time, I cried watching a movie I made.” As the documentary draws to a close, Miyazaki notes that he’s feeling a distance from film, but balances any doubt he feels by saying, “I think I’ll gradually return to my former self,” before seeing Arakawa out of the studio. He’ll be making movies again soon enough.