Studio Ghibli movie fans rejoice, 21 of their 22 feature films are now available to watch on Netflix and honestly, what better time than now to crack on with them?

But as much as we love Studio Ghibli, not every studio’s movies are the pinnacle of filmmaking.

So here is our definitive list of the Studio Ghibli movies on Netflix that are actually worth your time to watch, in order of not-quite-the-most-awesome to the most awesome. (Side note: Grave of the Fireflies is not on Netflix due to rights issues).

You can stream Studio Ghibli either dubbed or with English subtitles, and while we tend to advocate for watching films in their native languages, we won’t bat an eye if you want to listen to Billy Crystal voice a tiny comedic fireball. 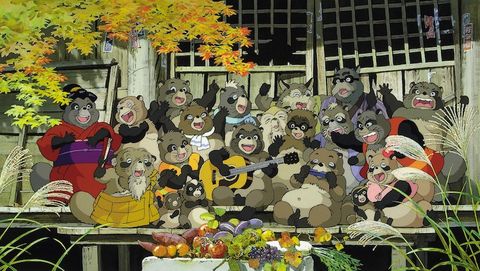 An underdog to be sure in the Ghibli round-up, Pom Poko focusses on the beloved folk-tale characters, the tanuki. Viewed as bringers of fortune with shape-changing abilities, in Pom Poko their forest home is threatened by urban development and, to save it, they must use all their supernatural talents.

Pom Poko is set in the 1960s and is a particularly funny and upbeat Ghibli movie but like Ghibli’s other films, has clear and sincerely felt messages. In Pom Poko’s case, the environment, conservation, and climate change are what it’s all about. Plus, the tanuki are just adorable. 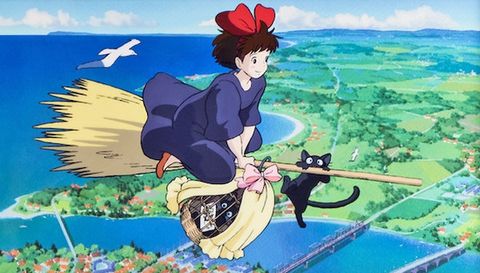 Kiki’s Delivery Service follows the titular 13-year-old witch in the midst of her training. But love gets in the way and soon her delivery service, and her magical powers, are thrown for a loop.

In 1997, Disney made significant changes to the film, with the approval of Studio Ghibli, to the score, the character of Jiji the cat, and in particular the ending (we won’t spoil it for you in case you haven’t seen it). By 2010, though, Disney reverted much of its changes to hew closer to the Japanese original.

6. The Tale of Princess Kaguya

In a departure from the typical animation style that has made Ghibli famous, The Tale of Princess Kaguya takes inspiration from watercolour paintings with its animation. The film is based on the ancient Tale of the Bamboo Cutter.

Director Isao Takahata told Wired: “I aimed to have the audience vividly imagine or recall the reality deep within the drawings, rather than thinking the drawings themselves were the real thing. This would allow the viewers to feel moved by the actions and emotions of joy and sorrow of the characters, and sense nature teeming with life, in a more evocative way than through a seemingly real painting.”

It was his last film before his death in 2018. It is a beautiful, heart-rending story of the extraordinary power of love and we defy you not to cry while watching.

5. Nausicaä of the Valley of the Wind 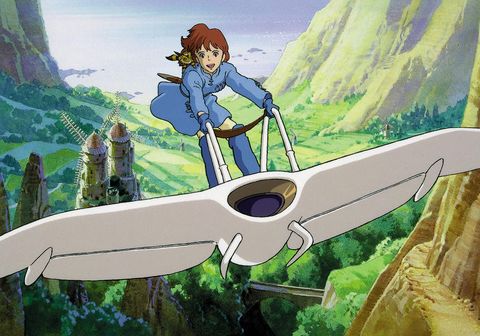 Strictly speaking, Nausicaa is the movie that predated Studio Ghibli. The 1984 film was adapted and directed by Hayao Miyazaki, based on his 1982 manga of the same name and its success paved the way for Studio Ghibli’s founding.

It takes place in a future post-apocalyptic world and follows a young princess of the Valley of the Wind who becomes embroiled in a struggle with Tolmekia, a kingdom that tries to use an ancient weapon to eradicate a jungle of mutant giant insects.

Studio Ghibli’s first-ever film, Laputa (also known as Castle in the Sky) is a beautifully animated and moving film that established Miyazaki as a formidable fantasy storyteller. It follows the adventures of two young orphans, Sheeta and Pazu, trying to keep a magic crystal away from a group of military agents while searching for a legendary floating castle.

In 1998, the movie was remade with a second English speaking voice cast, this includes Star Wars legend Mark Hamill as Colonel Muska and James Van Der Beek and Anna Paquin as Pazu and Sheeta respectively. Even with the dub, you’re in safe hands. 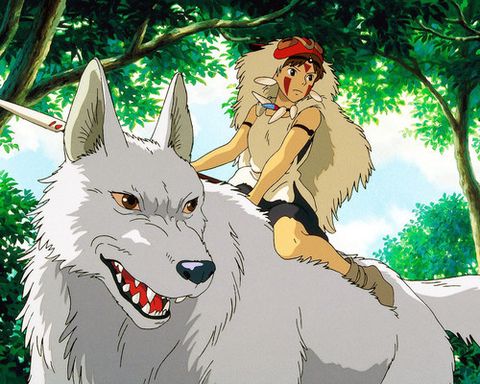 One of Ghibli’s most popular movies in Japan, Princess Mononoke was actually a relative box-office flop in North America, but set that aside, because it’s one of the studios best outings. Set in the late Muromachi period (approximately 1336 to 1573) Princess Mononoke follows a young prince’s involvement in a struggle between the gods of a forest and the humans who consume its resources.

Studio Ghibli’s third film, My Neighbour Totoro is perhaps one of writer-director Hayao Miyazaki’s best-known films. When young sisters Mei and Satsuki move to a new home to be closer to their mother who is in the hospital, they soon become friends with Totoro, a giant rabbit-like creature spirit creature.

The movie follows their emotional journey, dealing with the uncertainty surrounding their mother’s health, without being a melodrama in the slightest. Instead, My Neighbour Totoro is the sort of movie where not a lot happens, but your heart is warmed just in the watching.

One of Ghibli’s most beloved films, Miyazaki made it especially with 10-year-old girls in mind, wanting to offer them a heroine they could truly relate to. As such, Spirited Away tells the story of Chihiro Ogino, a 10-year-old girl who, while moving to a new neighbourhood, enters the world of Kami (spirits) of Japanese Shinto folklore.

After her parents are turned into pigs by the witch Yubaba, Chihiro takes a job working in Yubaba’s bathhouse to find a way to free herself and her parents and return to the human world. It’s a delightful story full of heart and courage that will resonate with everyone who, at ten years old, sought both independence from and comfort in their parents.