Disney’s directors have long admired Ghibli’s movies, but the company never gave them their due

Studio Ghibli’s legacy can be best summed up in a story that’s become legend. Hayao Miyazaki’s visceral masterpiece Princess Mononoke was scheduled for an unusually wide release in the United States. The Walt Disney Company had the release rights, just as its animation studio was reaching creative and financial highs with the Disney Renaissance. Ghibli should have been rejoicing — the Japanese studio had inspired legions of ardent admirers in other countries, and its creators wanted to break through to a larger audience.

But producer Harvey Weinstein felt Princess Mononoke should be edited down for a Western audience. In America, animation was for families, and families might not want to sit through a two-hour epic. Miyazaki’s producer Toshio Suzuki, in response, presented Weinstein with a samurai sword and a note: “No cuts.”

Miyazaki won that battle, an impressive feat considering Weinstein’s propensity for ordering sweeping cuts to the films he released through Miramax. (He was known as Harvey Scissorhands for a reason.) But Suzuki’s power play worked, reflecting Ghibli’s ability to stand up to an even larger giant. For just over 15 years, Studio Ghibli’s films were licensed for American release by Disney, to middling financial success. The problem was never with Studio Ghibli — some of its best films were made during this period. The problem was that, as a corporate benefactor, the House of Mouse never understood what made Studio Ghibli special. 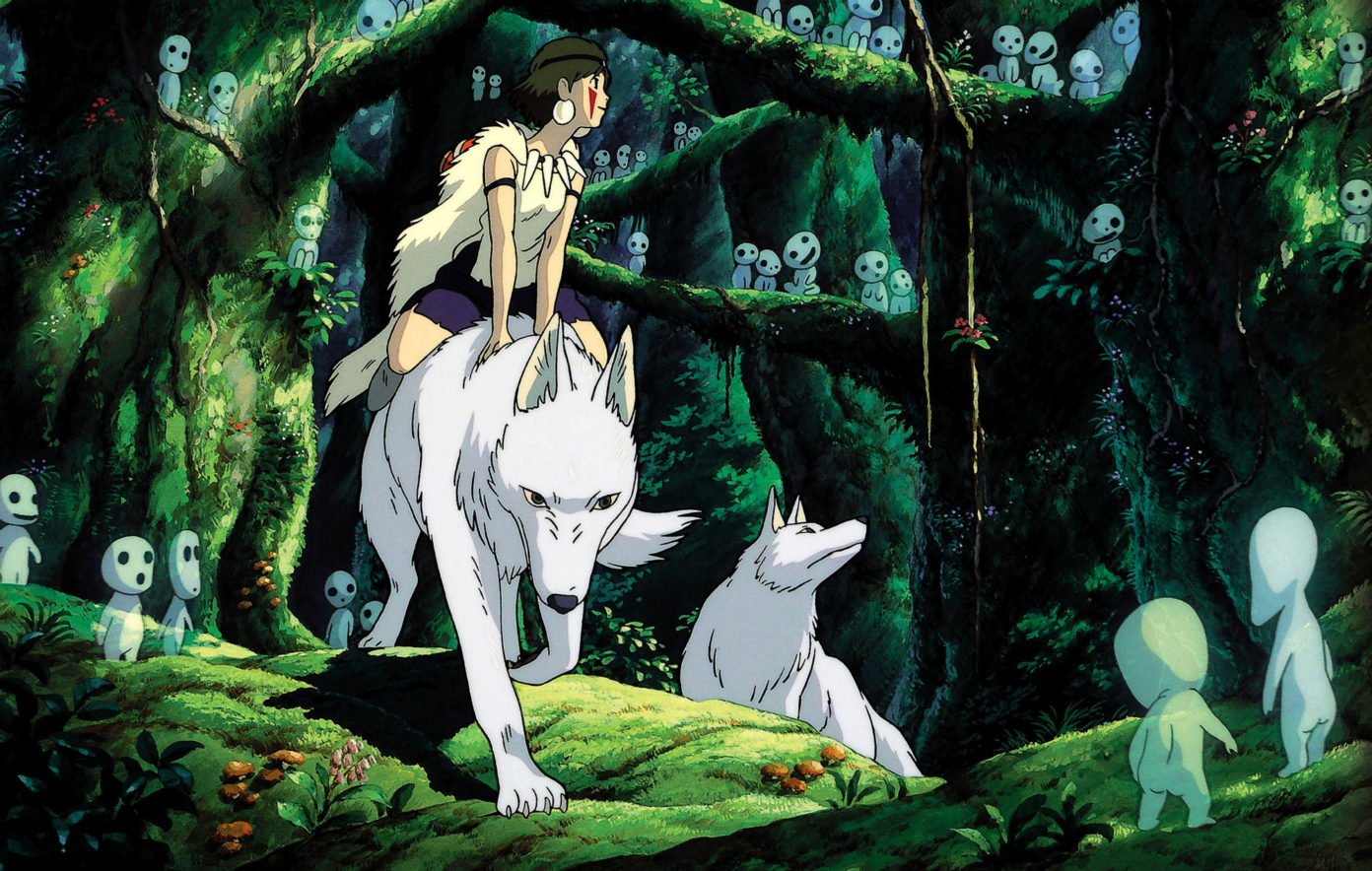 Princess Mononoke didn’t get trimmed for its initial American release, but it did go largely unseen. Despite widespread critical praise, Mononoke was given a limited release in fall 1999, grossing just $2.3 million domestically. Miyazaki and his studio were fortunately able to find someone else at the larger Disney behemoth who was more in creative sync with them than Weinstein was: Pixar’s John Lasseter.

Lasseter came into the mix with Miyazaki’s next film, the 2001 fantasy adventure Spirited Away, as Miyazaki’s biggest, loudest champion in America. At the same time, Lasseter was becoming one of Disney’s most powerful players. Though executives felt the failed campaign for Princess Mononoke spelled doom for any future releases, Lasseter argued otherwise.

According to the Disney-history website Jim Hill Media, the first American screening of Spirited Away occurred at Pixar. Lasseter fell in love immediately, offering to be the executive producer on the American version. That shouldn’t have come as a surprise. As Lasseter recounted in a tribute to Miyazaki in 2014 at the Tokyo International Film Festival, he’d been an acolyte for decades. In 1981, when Lasseter still worked at Walt Disney Animation Studios, Miyazaki and a group of other Japanese animators visited the studio, showing a sequence from Miyazaki’s first film, The Castle of Cagliostro. “I felt that this was the first animated film I had seen that had a vision to entertain for all ages,” Lasseter said.

For Spirited Away, the Pixar leader recruited Kirk Wise, co-director of Disney’s Oscar-winning Beauty and the Beast, to direct the English translation. In Japan, Spirited Away was an unquestionable hit: nearly 20 years after its release, the film is still the highest-grossing movie to ever be released in the country. In the United States, however, even with the Pixar momentum behind it, Spirited Away struggled to break through. Lasseter and Wise did what they could behind the scenes, but the larger Disney entity didn’t work too hard to market the film, or help a wide audience see what Spirited Away was. Disney’s official website all but hid the film, at a time when Internet users might have to do more investigatory work to be aware of smaller arthouse releases. 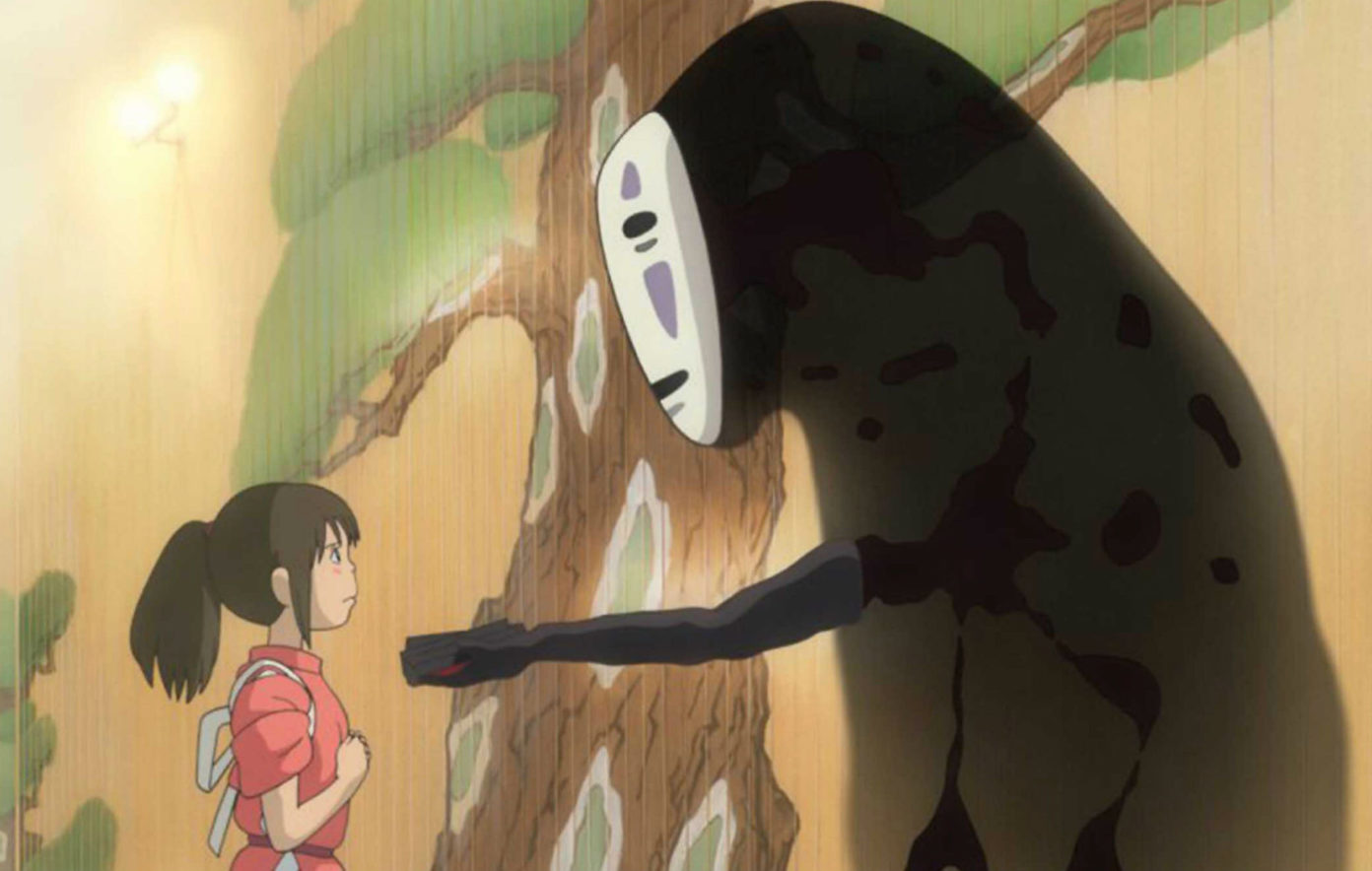 If there has ever been a formula associated with Studio Ghibli, it’s in how their films arrived in the United States: with critical praise and barely any blip on the domestic box office. While critics were almost uniformly won over by Spirited Away, it grossed just $10 million in the States during its limited release in fall 2002. (That includes when Disney re-released the film in 2003, in 711 theaters at its peak.) The good news is that Spirited Away won the second Academy Award for Best Animated Feature; before Disney ever won the award, it was instrumental in helping Miyazaki win a richly deserved statuette.

Spirited Away was the pinnacle of the Ghibli/Disney relationship. Miyazaki’s next three features all got domestic releases through the Walt Disney Company, but because his films were difficult to box into genres recognizable to a country that grew up on Disney animated features, Ghibli’s Stateside releases were wobbly at best. Howl’s Moving Castle, like Spirited Away, was guided in the States by a hand from Pixar: Pete Docter, the Academy-Award winning filmmaker behind Up and Inside Out, served as its executive producer.

At the time, Docter professed his own admiration for Miyazaki’s work: “He captures these real truths to life … he takes the time and allows you to live in this world that is so rich and wonderful.” With Disney’s clout, Docter was able to bring together an impressive American cast for Howl’s English-language soundtrack, including Christian Bale, Lauren Bacall, and Billy Crystal (who was fresh off Docter’s debut, Monsters, Inc.). But Howl’s Moving Castle, a heavily anti-war film inspired by the Iraq War, got a summertime release in the States, grossing less than $5 million.

Miyazaki’s next film, Ponyo on the Cliff, was renamed Ponyo in the States and given a larger marketing push. Lasseter was joined by Brad Lewis and Peter Sohn (the latter best-known as the voice of Emil in Ratatouille) as directors of the English translation, and the screenplay was written by E.T. screenwriter Melissa Mathison. Featuring an American cast including Tina Fey, Matt Damon, and Liam Neeson, the film was ostensibly an easy sell. With its aquatic title character, Ponyo could remind undiscerning audiences of The Little Mermaid. Yet even as Disney was flirting with a full-throated return to hand-drawn animation — The Princess and the Frog was released a few months later — Ponyo was tossed into theaters during the late-summer season, when some schools were already back in session.

Two later Ghibli efforts from filmmakers aside from Miyazaki also got Disney releases. Tales from Earthsea was a remarkable feat: it’s the only animated film to receive a PG-13 rating from the MPAA and get released by the Walt Disney Pictures banner. But it was released in just five theaters in the dog days of summer 2010, grossing less than $50,000. The Secret World of Arrietty wound up being a modest hit for Ghibli, compared to its other Disney-released films. With Gary Rydstrom, a Pixar stalwart who directed the short film Lifted, as its English-language director, Arrietty grossed $19 million domestically, making it Ghibli’s biggest U.S. hit. 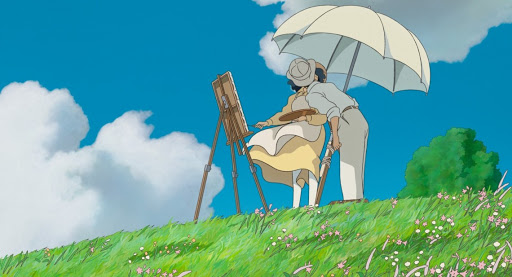 Miyazaki’s most recent film, The Wind Rises, didn’t seem like it would lend itself naturally to animation: it’s a biopic of aircraft designer Jiro Horikoshi, and how his Mitsubishi A6M Zero plane was a major part of Japan’s airpower in World War II. Clocking in at more than two hours, The Wind Rises was also rated PG-13 by the MPAA. A long animated film that’s neither content-appropriate for children nor designed to be enjoyed by families was a three-strikes situation for the film. It was released in the States through Disney’s Touchstone Pictures label. Though Touchstone was once a bustling studio, by the mid-2010s, it was a disposal unit for a largely unfruitful deal with DreamWorks Pictures. The Wind Rises, which grossed just over $5 million in 496 theaters domestically, was the last non-DreamWorks film from Touchstone.

And yet The Wind Rises garnered strong praise from many critics. Though the biopic was an unexpected choice for the medium of animation, its honest and clear-eyed depiction of the destruction of war, as filtered through the eyes of one of its creators, was bracing to experience in hand-drawn animation. It’s a shame that so few people got to experience it in theaters. But with Disney no longer holding the reins on Ghibli’s American releases, it’s a good time to take a deep dive into the studio’s catalog, possibly starting with strong, ambitious features like The Wind Rises, or earlier Ghibli classics like Spirited Away and My Neighbor Totoro.

For decades Ghibli was opposed to letting their films stream digitally. Disney tried to broker a streaming deal before its contract ended, but failed. The massively popular Disney Plus streaming service has no evidence that Studio Ghibli was ever a part of the Walt Disney Company.

But in 2019, Ghibli shifted that policy, allowing digital purchase of its films for the first time. Spring of 2020 saw Ghibli movies coming to Netflix in countries outside the U.S., and to the newly launched HBO Max in America. Over the last 30 years, through various acquisitions, Disney has tried to gobble up every major franchise and valuable entertainment property under the sun. But no matter how much its creative team adored Hayao Miyazaki, Disney was never really able to stomach Studio Ghibli.