Rowlf could have been Hayao Miyazaki’s Heavy Metal

Hayao Miyazaki doesn’t always make movies with kids in mind. His most recent film, The Wind Rises, is full of challenging adult themes, and the intense violence of Princess Mononoke was enough for Disney to distribute the film in America through Miramax, its adult-oriented brand in the late ’90s. But even his most adult fare wouldn’t come close to a movie he almost made: Rowlf.

Rowlf is an American comic written by Richard Corben. As with some of Corben’s other work, Rowlf is an exploitation-style comic filled with over-the-top violence and nudity. The comic was originally published in a small newspaper before it made its way to the pages of Heavy Metal Magazine, where Corben gained much of his notoriety and fame.

The main character of the comic is a princess’ canine companion named Rowlf. When the princess is kidnapped by demons, an evil wizard who believes that Rowlf killed the princess tries to transform him into a man so he can admit his crimes. However, the spell fails and transforms Rowlf into a half-human half-dog hybrid. After his transformation, Rowlf sets off to find his princess and rescue her in a demon-killing spree. In 1980, Hayao Miyazaki wanted to adapt it into a movie. 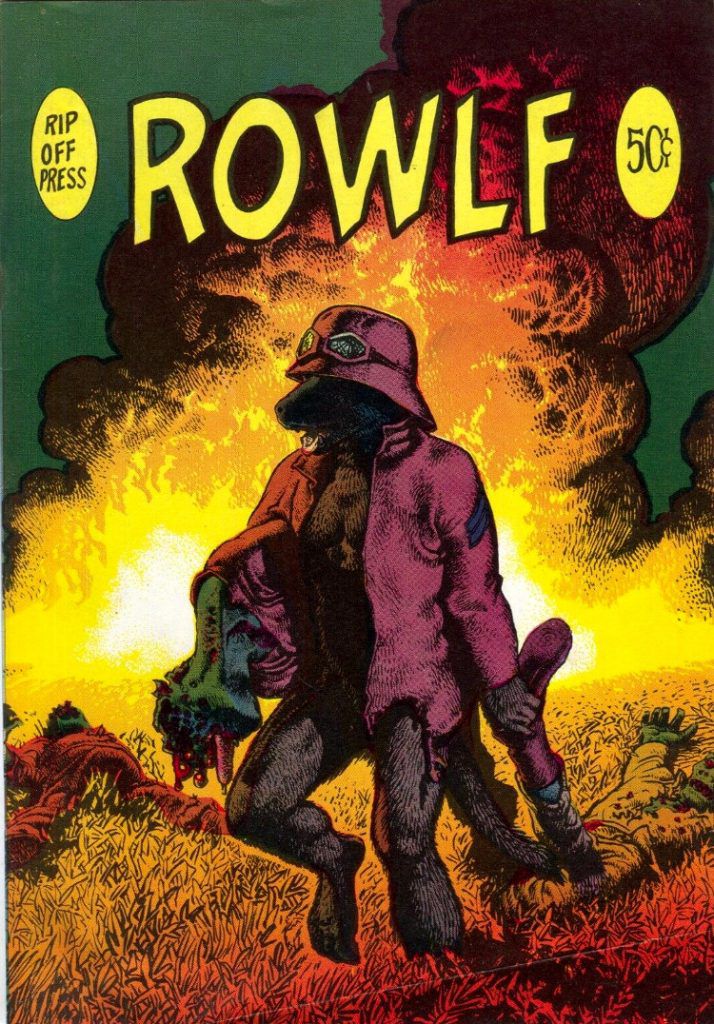 Miyazaki expressed his interest in adapting Rowlf in a proposal written to Corben himself, where he acknowledged that the subject matter might be a little strange for Japanese audiences, but that he thought it would be a hit in America. Miyazaki apparently planned to change the story slightly by making Rowlf transform into a half-man, half-dog because of his love for the princess and desire to protect her, rather than because of a spell.

Along with the new story ideas, Miyazaki also included some concept art for his version of the movie. True to Studio Ghibli’s other adaptations, rather than adapt his style to be more like Corbyn’s dark, gritty, heavily shaded work of Corben, he was going to reinterpret the original in his own tradition. 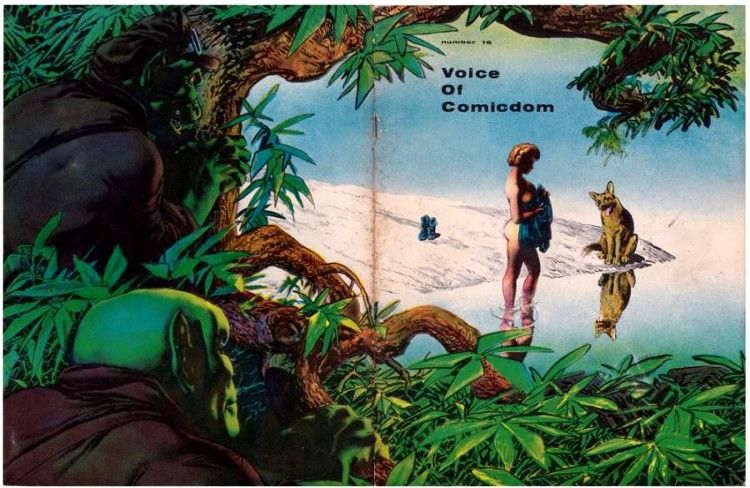 The princess is more childlike and has similar features to some of Miyazaki’s earlier work like Lupin the 3rd. Rowlf himself looks cuter, softer, and move love-able — even as he brandishes an assault rifle.

Corben rejected the proposal, but it’s clear he wasn’t against the idea of animation. A year later, Corben’s Heavy Metal Magazine comic, Den, would be adapted as one of the segments in the animated movie, Heavy Metal, which stayed much closer in style to his own original art.

Despite the rejection, Miyazaki didn’t forget about Rowlf completely. In fact, it’s easy to see how Miyazaki was inspired by Corben’s work in Nausicaä of the Valley of the Wind, which came out just four years after he wrote his proposal to the author. Rowlf’s setting is Canisland, which pushes together elements of medieval castles and fantasy with modern technology. The demons in the story use machine guns and tanks, but attack castles and kidnap princesses.

While Miyazaki’s films often involve mechanical technologies in fantasy worlds, Nausicaä feels especially informed by this lost project, with its mechanical flying machines and tanks. In Miyazaki’s concept art for Rowlf you can already see the beginnings of the vehicles that would later show up in the film.

Another piece of Miyazaki’s proposal for a Rowlf animated feature included a larger role for the princess’ father. While the king is largely absent from Corben’s original story, Miyazaki’s wanted to make him an ineffectual ruler who let his kingdom waste away due to neglect. This plot line, in its entirety, seems to make its way directly from Miyazaki’s rejected proposal to Nausicaa, where the princess’ father also fails his kingdom through poor rule.

It’s difficult to see where a story about a bipedal dog who blows up demons with a tank would fit into the stable of Miyazaki classics at this point. However, looking back, it’s hard not to feel cheated out of seeing one of the most important animators ever, work on a completely different kind of story than he’s explored before. But maybe it’s enough to know that Miyazaki’s seeming fascination with Richard Corben and Heavy Metal Magazine-style comics helped give us an underrated gem like Nausicaä, and to wonder where a Rowlf movie would have taken Miyazaki if he had made it.