Totoro, Kiki and No-Face is one of Ghibli’s many famous characters that appear on moss-covered walls.

Ghibli Studio movies have left a deep impression on viewers around the world.

Ghibli always emphasizes the message of the close connection between people and nature. Most easily seen are the mysterious characters who often live in the jungle like Totoro, Princess Mononoke or the castle in the sky in Laputa: Castle in the Sky .

Recently, Twitter users @hana_inko were fortunate to experience such a rich Ghibli meeting right in Japan. While driving along a mountain road in Saitama Prefecture, she caught Ghibli characters hidden in moss covered the wall. This miraculous coincidence caused her to get off the bus to take some pictures. 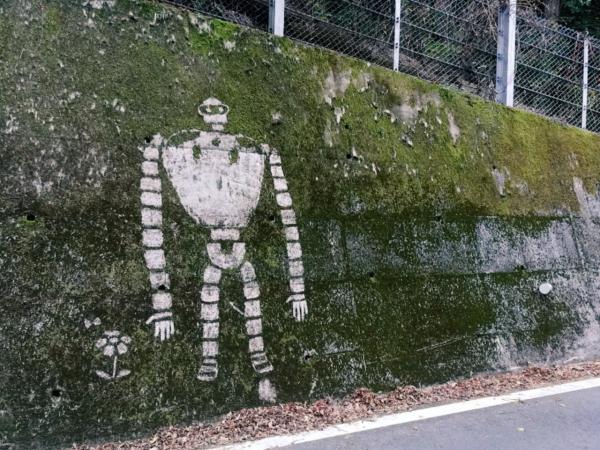 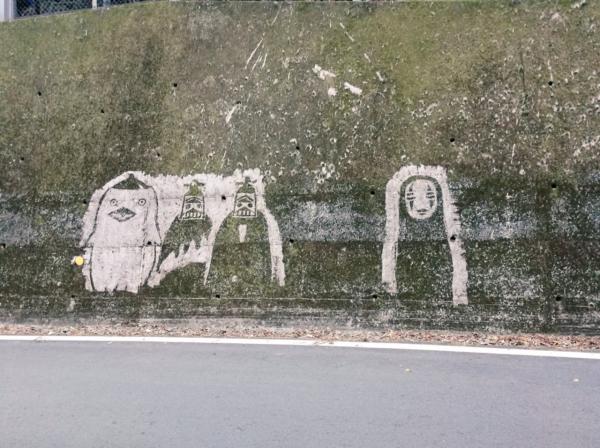 Along the road is a giant robot image from the movie Laputa: Castle in the Sky , at the foot of the robot also has a flower and butterfly. Not too far away, she continued to encounter the Invisible character from Spirited Away . Farther away are lovely soot in the movie My Neighbor Totoro . 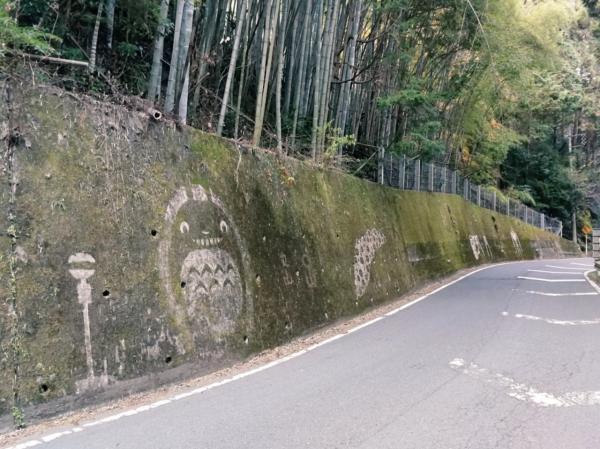 It is indispensable to be the big Totoro character grinning standing next to the iconic bus stop sign from My Neighbor Totoro .

Among the characters on the moss wall, the most mysterious figure is probably the Shishigami Forest guardian in the movie Princess Mononoke . This god has two forms: the day is a golden deer with horns with a human face, and at night it will be like a giant soul called Didarabochi. Many netizens expressed curiosity about whether or not the painting on the wall would actually turn into Didarabochi in the evening. 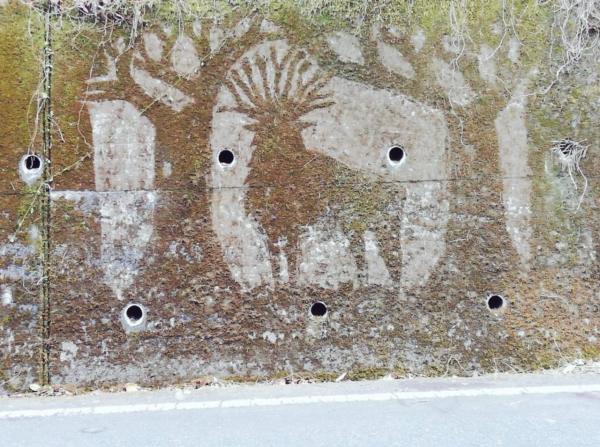 And finally, the petite, lovely witch Kiki and the talking cat Jiji also appeared on the wall. The image of the witch holding a broom as if sweeping the leaves of the road looks very lively. 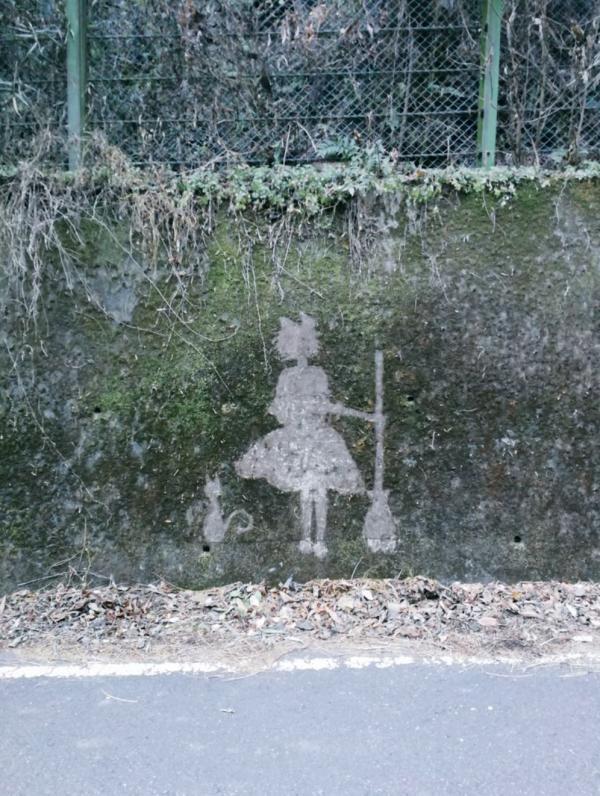 The @hana_inko account also shared that she saw these wonderful pictures along the mountain road between Chichibu city and the village of Higashichichibu in Saitama prefecture. 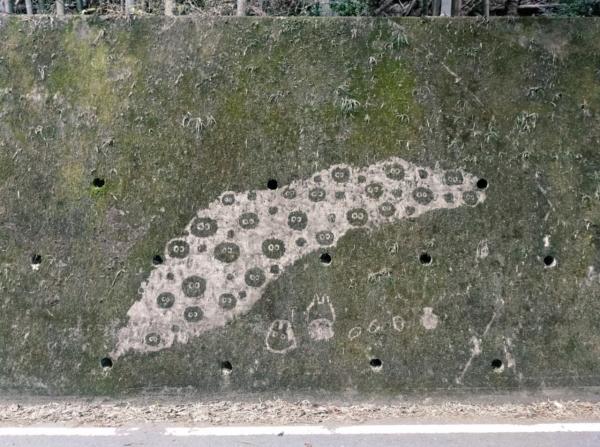 After these images spread quickly on Twitter, many other users started sharing photos they also took this path. Someone said that this place was first shared online because a cyclist passed by this place last year.

The story is so appealing that it appears on Japanese television. Reporters call this and “Mysterious Moss of Art”, they say that these images look like they were randomly mapped.