Pazu is the main character of Castle in the Sky. He is Sheeta’s best friend. Pazu proved that Laputa existed his mission in life after his father found this place and was said to be a liar for his discovery. 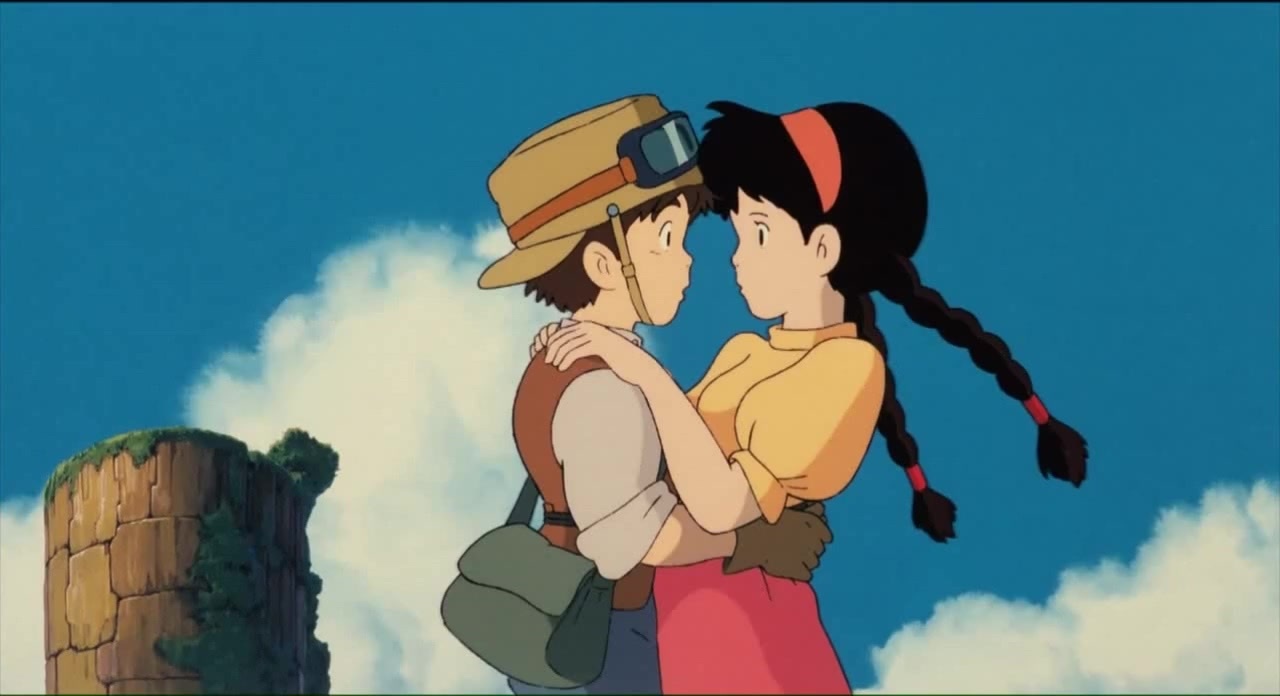 Pazu has brown hair and brown or black eyes. He wears a white shirt, orange vest and yellow hat, and is very cute. He is very good at climbing: vines, stones, brick walls, and even smooth surfaces. He often laughs, and his voice may be normal for a boy, or a little squeaky when he’s scared or in a hurry.

Pazu is very active as he helps out in the mines near his house and is also very friendly as he serves the miners around him. His personality strongly changes after he meets Sheeta and saves her multiple times. He becomes very brave and, while he is sometimes reckless in saving Sheeta when she is in danger, according to Dola, he “…has become a man…”. He’s also very persistent and a true friend, as well as a clever person as shown when he comes up with a plan to defeat or kill Muska.

Pazu is an orphan who lives alone in a small cottage atop a hill in Slag Ravine. He promised his dead father he would find Laputa and prove him right.

Pazu discovered Sheeta slowly floating down from the sky. He took her home and cared for her until she woke. Upon hearing her story he vowed to help her. The two went through a lot. Being chased by Pirates as well as the army. Eventually both of them are caught by the army. But, Pazu was set free upon Sheeta’s promise to stay with them and help them find Laputa.