This is one of those rare anime that only watch for the first time, I was really infatuated by everything, from the plot, to the characters of the movie. An extremely powerful charisma.

Howl – handsome, strange and mysterious magician. This male lead is not perfect, but even full of flaws: promiscuous, childish, grooming, like teasing girls. But the truth Howl is a good, very good magician. Howl is mysterious from his personality and appearance to his life. People don’t know who he is, every place, his footprints are marked with different names. Every color on the door is a different life with a different pain. Round dots on the door like colors in life. From dark to brilliant, noisy, happy. Howl loves to flee, he evades reality and confrontations. His life was just running away, at the beginning of the movie, Howl seemed relaxed but I felt like he was in a stalemate. Because no one wants and can’t run away for life. Hiding under the flashy appearance, he craved for freedom, longing for happiness. 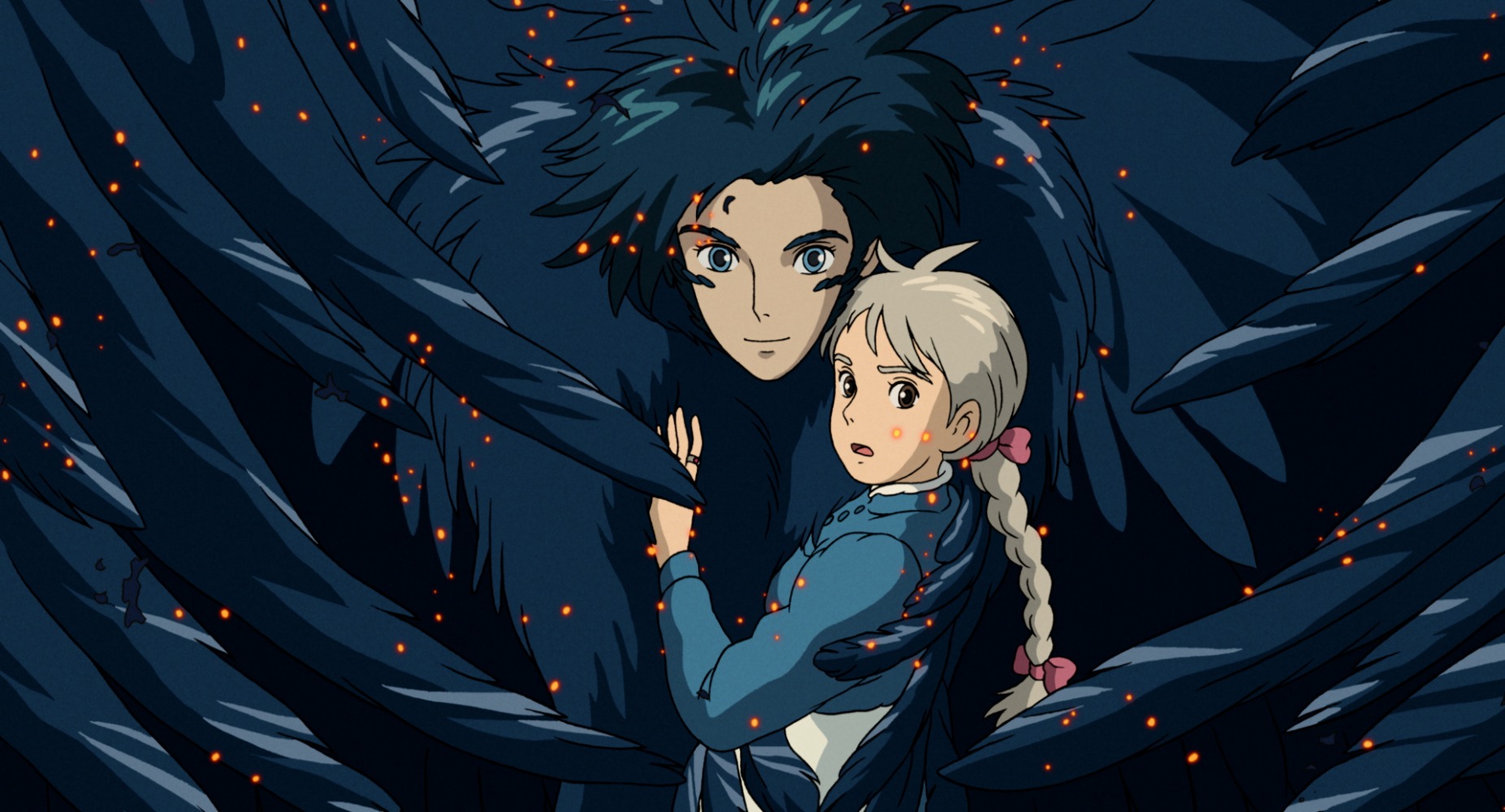 The anime bears the imprint of the Japanese director, about his desire and of the whole of Japan about the peaceful life when especially portraying the story through the pain that the war brings. Every night, Howl endure the pain of becoming a bird-like monster, flying to save the country from the meaningless war. That action made the viewer look at Howl more pleasantly, ignoring his bad habits. But no one is perfect, Howl’s shortcomings, I think, are still acceptable. People always see him smiling, but is he happy or not? 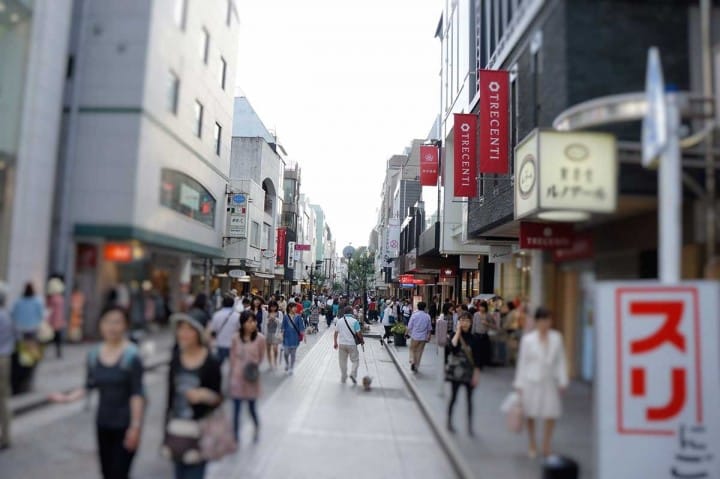 The film is a long journey not only of Howl but also of Sophie on the path to finding happiness, conquering her dream. Sophie in the anime is so close and emotional and I feel more sympathetic to Howl than in the story. Whether in the form of an old lady or a lovely girl, Sophie’s soul always tried to sympathize with Howl, even seeing the big shadow weighed in Howl’s heart. From completing the contract, she switched to helping Howl, helping him to resolve his own spell. 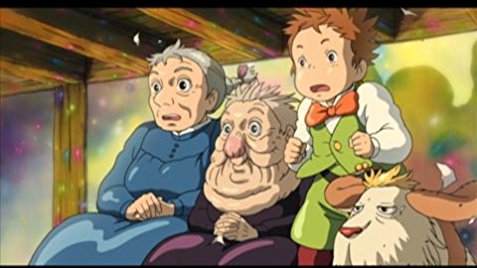 Each character in the anime has a spell hidden around him, like life’s difficulties. Dream of freedom and happiness. If you love romantic stories, Howl’s Moving Castle can disappoint you. The character in the action movie is more than talking. As Sophie defied the danger of destroying the moving castle to help Howl escape the burden. Howl risked his transformation into a monster to protect Sophie. Like Calcifer – wildfire demon put all his strength to hold up the castle to protect people. Like the old woman of Waster, giving up her lifelong dream: capturing Howl’s heart to give him life back. As the Turnip-Head accepted to die to save all.

But how could the author treat his character badly? Ending the fullness of his free life, Howl and Sophie ‘s happiness, as well as everyone on the flying castle, brought brighter hope. The movie is more like a bright fairy tale. People all deserve to be happy if they try and constantly hope.