The brilliant Japanese animator Hayao Miyazaki may have retired from feature filmmaking but his influence is evident in every frame of Mary And The Witch’s Flower. Director Hiromasa Yonebayashi worked with Miyazaki on several Studio Ghibli titles (among them Spirited Away and Howl’s Moving Castle) and the new film is very much in their vein.

This is one of several Japanese animated features with western stories and settings. Based on Mary Stewart’s 1971 book, The Little Broomstick, it’s about a little, red-haired English girl, Mary (voiced by Ruby Barnhill), stuck for the summer in the countryside with her kindly great-aunt Charlotte. No other children are around. Her parents are far away and she is profoundly bored.

Mary is impulsive but self-conscious and accident prone. The only child of her own age she encounters is a local boy called Peter, who is working in the village. He teases her constantly. 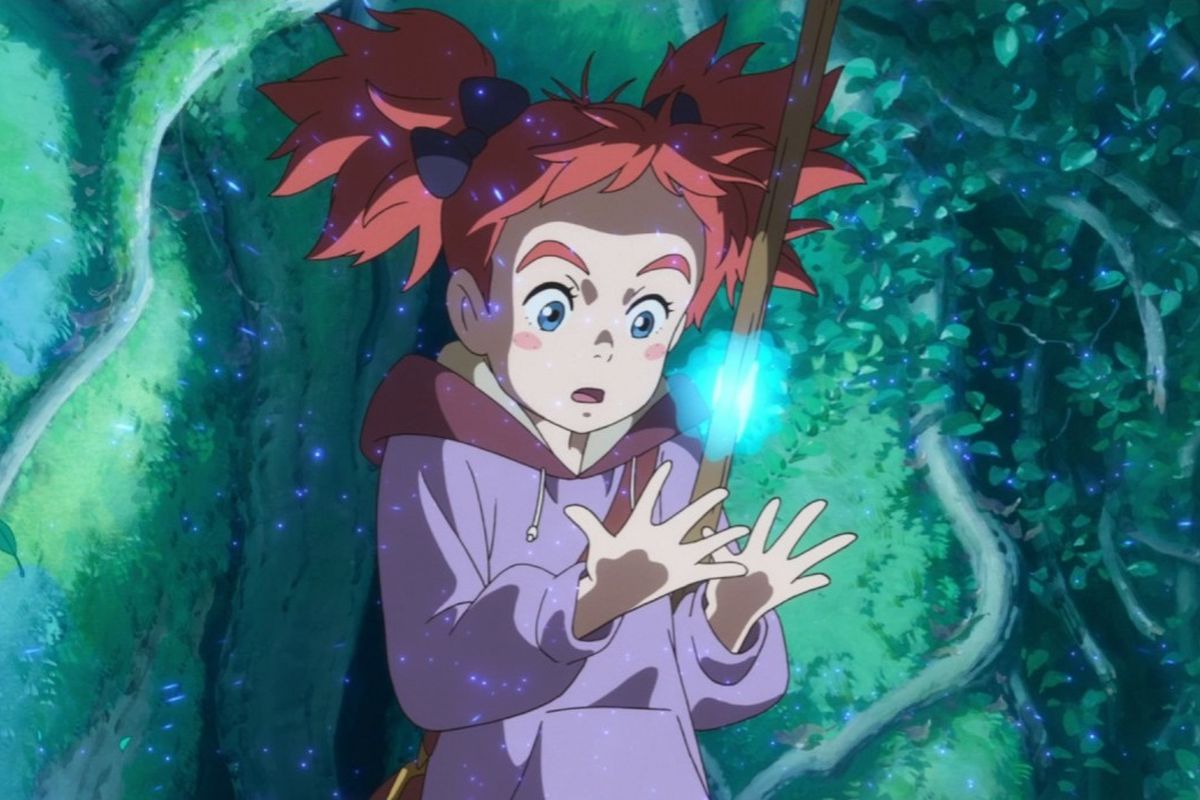 Great-aunt Charlotte’s home is on the edge of a big forest. Mary is warned not to go into the woods on misty days, advice she blithely disregards when she pursues one of Peter’s cats. Deep in this forest, she comes across the witch’s flowers which only blossom once every seven years. They gave her magical powers. Before she knows it, she is whisked away with the cat on a broomstick which she can barely operate to the mysterious kingdom of Endor where there is a Hogwarts-like witch’s college. The headmistress Madame Mumblechook (voiced imperiously by Kate Winslet) greets her as a young prodigy. Her red hair, which makes her feel so awkward, gives her even stronger powers.