Someone once told me that the best thing is when we can grow up thinking but still keep the child in the heart.
If there is something in this world that keeps my heart forever young, then that is probably the best of Hayao Miyazaki’s works at studio Ghibli.
I still can’t forget the emotions of the first time I watched Spirited Away with my brother, and at that time, I couldn’t stop myself from tears at the scene where Haku gave the cake to Chihiro. Spirited Away is also the first film to take me to Ghibli, a place where integrity, courage and courage blend with sincere love and magic. The world of Ghibli could not be that beautiful, without Hayao Miyazaki’s “witch” hand and the relentless creative mind.

The famous director and the journey of the strange wind Ghibli 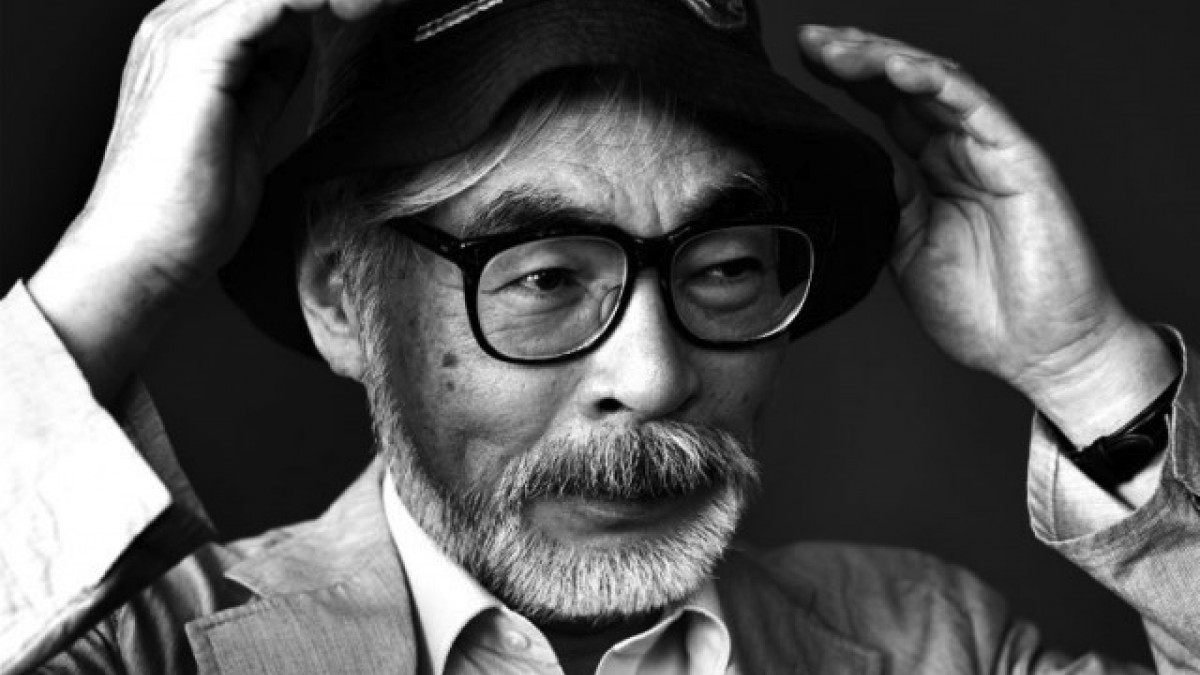 As the name suggests, Ghibli is a strange wind blowing into the Japanese anime industry with its unique film-making philosophy. The Ghibli films directed by Miyazaki often never have a set script: the plot will be developed during the filmmaking process, and no one knows what will happen in the end until the movie ends.
Born and molded by a non-borrowing mindset of animators like Miyazaki, Ghibli is often seen by many people as Japan’s Pixar in terms of creativity and ability to produce in-depth anime works. It has owned 8 of the 15 highest-grossing anime movies of all time made in Japan, received 4 Oscar nominations and Spirited Away ‘s best animated Oscar (Spirited Away), and reaped A lot of prizes like Animage Anime Grand Prix and Japanese Academy Award

But what most enthusiastic fans in Ghibli probably aren’t is the number of titles this studio has received. Perhaps they have fallen in love with the cat mascot Totoro? Perhaps they admire the No Face — a character without a specific face who possesses bad qualities but is also extremely repressive, like two good people – evil in each of us? Or do they feel affectionate with the classic glasses on the face of Miyazaki’s?
No matter what the reason, it is not problem: Love is hard to describe! 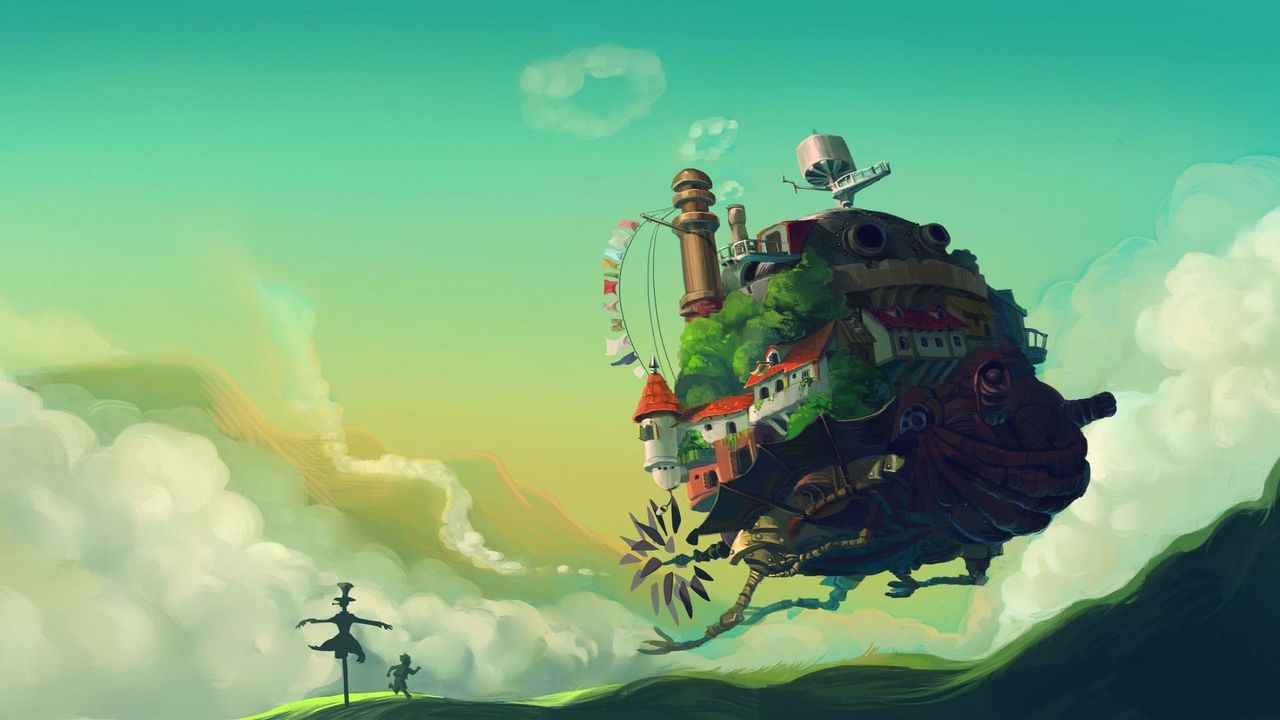 Contrary to the somewhat old traditional appearance, Miyazaki is probably one of the most dreamy movie producers in the world. If only one element was used to describe the common point in all of his most prominent works, then that was probably … the ability to fly. From flying brooms, flying buses, to airplanes, airplanes, even flying castles and a flying kingdom, there is no place where the main characters are released in the air as much as in the Miyazaki’s animation world. 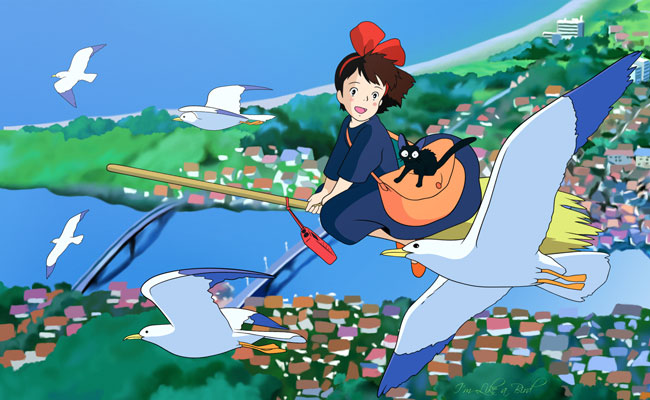 Along with that romance, the theme throughout Miyazaki’s works in Ghibli often contains progressive humanistic messages. It is a struggle to protect the original beauty of nature against human industrialization activities with Princess Mononoke; is the journey to overcome your fears to grow up in Spirited Away ; is the story of seeking passion and trade- offs in Whisper of the heart ; is My neighbor Totoro ‘s pure and sweet family love,…

Unlike Hollywood filmmakers, the journey of heroes in the film Miyazaki does not end in the “final battle” with the villain. The spirit of anti-war is imbued in his films: the main characters from refusing to join the war and instead using his altruism and fierce spirit to achieve peace Miyazaki’s obsession with the absurdity of war is reflected in the way he portrays the wildness of The cities and villages are flooded with fire smoke, “The wind rises” has clearly shown this message.

It would be a major shortcoming to talk about the beauty of Miyazaki’s film without referring to the female characters that “father” Ghibli has built throughout his works, Miyazaki described them as ” the girls. ” brave girl with self-reliance, no hesitation when fighting for what their hearts tell “; and ” they may need a friend, a supporter, but never resort to a savior “.

Different from Disney princesses waiting for the prince to rescue with a “true kiss”, the female lead in Miyazaki’s film is a 10-year-old girl ready to resist the dark forces in the spirit world to rescue her father, or a high school girl dared to break the daily principles of seeking true passion, or a princess living in the deep forest and wolves determined to protect the sacred forest to the end. You will definitely not be able to stop being touched by the loveliness, innocence but extremely brave of the female characters in the anime world Miyazaki. 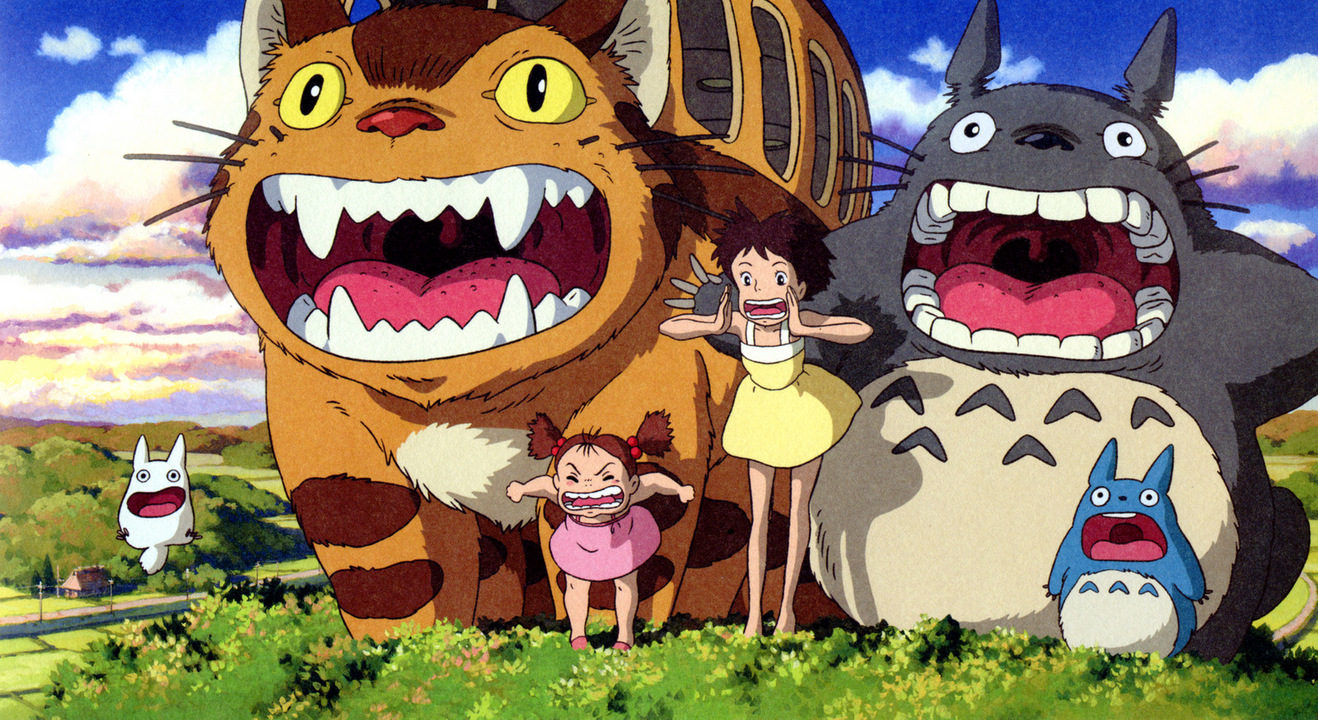 For a long time in my teenage years I have always wondered with a question: How to resist becoming an adult? How to never get caught up in your attempts and be forced to do things you don’t like?
But now I believe that growing up and keeping your heart is always pure without conflict. I will still watch Spirited Away many times, and I don’t mind crying when I see Haku give the cake to Chihiro.
If the cat bus is not real to carry us wherever you want, just follow the call of your imagination and your heart.

Additionally, you can discover our Studio Ghibli merchandise right away to become a true fan of Studio Ghibli